Constitution the of European Association of Schools of Social Work

Mission Statement
"The European Association of Schools of Social Work (EASSW) is a European association of institutions of social work education, organizations supporting social work education and social work educators. Its mission is to promote social justice and develop high quality education, training and knowledge for social work practice, social services, and social welfare policies in Europe. In fulfilling its mission the EASSW adheres to all United Nations' Declarations and Conventions on human rights, recognizing that respect for the inalienable rights of the individual is the foundation of freedom, justice and peace. Members of EASSW are united in their obligation to the continued pursuit of social justice and social development. In carrying out its mission EASSW fosters cooperation, collegiality, and interdependence among its members and with others."

1. Name
European Association of Schools of Social Work (EASSW)
1.1 "Schools" is an inclusive and representative term that refers to universities, colleges, departments, faculties, institutions and programmes that offer post-secondary education/training preparation of professionals in social work, culminating in a degree or diploma signifying successful completion of their studies. Social work is an inclusive and representative title.
1.2 The EASSW is the official European Region of the International Association of Schools of Social Work (IASSW)


2. Purpose
The EASSW has as its purpose the promotion and development of the discipline of social work, education and training for social work and related-matters in Europe in line with the purpose of and in cooperation with IASSW. This purpose is to be achieved through such means as the following:

4. Voting Procedures
Voting procedure will be through one vote per member-school and (1/10) one- tenth vote per individual member (Please see annex 1 for Executive Committee election procedures)

5. Administrative organization
The functions of the EASSW shall be carried out through the General Assembly and Executive Committee.

5.2.1.1 The Executive Committee shall consist of a President, a Vice-President, a Secretary, a Treasurer and no more than eleven additional Members. The President, Vice President, Treasurer and Secretary shall be determined by election of those eligible to vote at the General Assembly.
5.2.2 The immediate past-president may serve as a non-voting ex-officio member of the Executive Committee for a period of up to four years.
5.3 Officers of IASSW have the right to participate as non-voting members. Members of ENSACT and the UN offices in Europe will be invited to participate as non-voting members.
5.4 An interest group may be recognized by the Executive Committee when it has the equivalent of 25 members drawn from at least 5 schools which are full members and from at least three countries. A representative can participate in the EC meetings as a non-voting member. This member can advise the EC.
5.5 The EASSW participates in the Board of directors of the IASSW, in conformity with the rules that apply to IASSW.
5.6 National Associations of Schools of Social Work and Sub regional Associations of Schools of Social Work are honorary members and can act as a advisory board to the Executive Committee and to the General Assembly.

7 Legal status
7.1 The principal offices of the Association shall be in the same locations of the President, Vice President, Treasurer and Secretary, respectively.
7.2 The EASSW will have its own juridical status, according to the articles of association, lodged at the Dutch Court in Maastricht. Dutch law will thereby be enforced on all the international affairs of the Association. The registered office will be Maastricht.
7.3 All EASSW participants will be members of this juridical association and the members will have access to a copy of the articles of this juridical association.

9. Financial Regulations
9.1 The activities of the EASSW are financed through:
9.1.1 Membership dues?
Membership is maintained by payment of dues in such amounts as may be determined by the Executive Committee.? All dues must be paid annually. Membership is automatically terminated upon non-payment of dues over a period of two years. Members of any category thus terminated may re-apply for membership in the manner prescribed for new members of such category.?
9.1.2 subsidies
9.1.3 projects and consultations
9.1.4 inheritances and gifts
9.1.5 sale of publications
9.1.6 registration fees at seminars, workshops, congresses
9.2 When an EASSW member wants to become a member of IASSW too, he/she has to pay extra membership dues to IASSW, according to the rules of IASSW.
9.3 Expenditures necessary to conduct the affairs of the Association may be made by the President, Treasurer, Secretary, as approved in the budget.
9.4 The fiscal year of the Association shall be January 1 through to December 31.
9.5 There shall be an external Audit of the accounts of the Association each year, by an Auditor duly appointed by the Executive Committee.
9.6 The Executive Committee shall approve a budget at least every two years, consistent with the policies approved by the General Assembly.
9.7 A Reserve Fund shall be established and protected. The Fund shall accumulate until it equals the amount needed to cover the costs, if the General Assembly votes to discontinue the EASSW office secretariat.

Members, who paid the membership fee for the year in which the elections take place, are eligible to vote.
One vote per member school and (1/10) one-tenth vote per individual member.
Ballot papers for the first round of voting are distributed by the entrance to the General Assembly room.

Candidates who are present give a short 2 minute presentation each at the General Assembly.

Absent candidates may send an electronic presentation (max 2 minutes) to the Election Committee well in advance of the General Assembly.

The EC may consist of up to 15 members.

“Members of the Executive Committee shall be elected for a term of four years, with one half to be elected every two years.
Not more than one member shall be elected from any country to serve during the same period. Efforts should be made to ensure that different geographical regions be represented.”

Second round of voting: Officers

If, in response to the call for candidates, only one person has presented candidacy for each vacant post, there are no competing candidates.

If such candidates for office are elected during the 1. round, the General Assembly may confirm their election by a show of hands/ballots.

If not all candidates for office are elected in the 1. round, it must be clarified if any of the 15 elected EC members will candidate for the office(s) in question.

If so the election procedure can go on and the General Assembly vote in writing on ballots.

There are no events on our calendar. 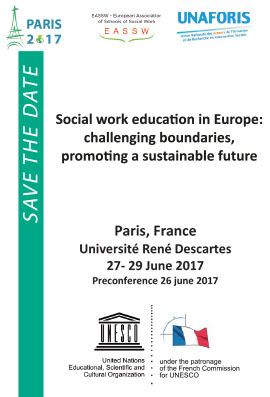